Halloween was my favorite holiday as a child, and I still look forward to it every year. 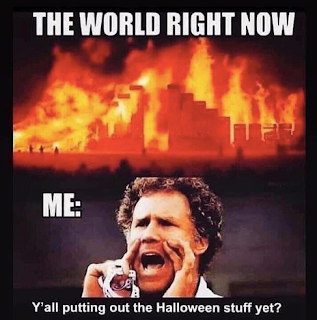 While I loved the candy, of course, my favorite part was dressing up in a costume. I often spent weeks trying to decide on exactly what I wanted to wear that year. When I was a child, my mom sewed my costumes for me, and I looked pretty adorable. 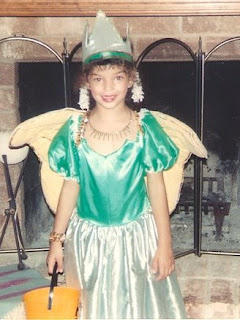 As I got older and went into my goth phase, costumes were usually things like vampires, witches, or of course, a fairy corpse bride. 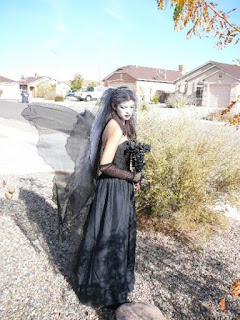 One thing stayed the same, no matter how old I got. Every year around Halloween, I would sit and watch "It's the Great Pumpkin, Charlie Brown," with my dad. It was just something we had to do. I probably have the entire show memorized, and yet, I still watch it every year. I even bought the book to introduce it to my own Tiny Human, which she refers to as "pumpkin," when she wants me to read it to her.

I still usually dress up as something for Halloween, but of course, this year is a bit different for all of us. There's really nowhere for me to where an actual costume, except my usual weekly trip to the grocery store. That still may not stop me, but dressing up to go buy a ton of kale at 6am may get me even more odd looks than I usually get (I am often the only person not in my pajamas shopping at that time). 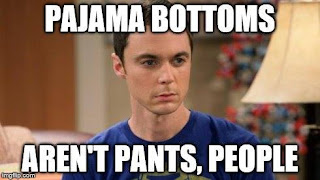 So, inspired by one of my favorite Halloween traditions, I designed a new knitting pattern! I present to you: the Great Pumpkin Rising Cowl! 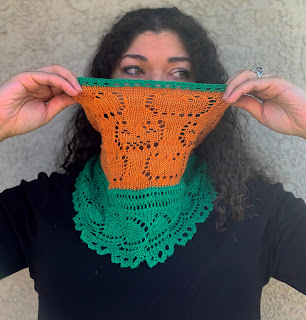 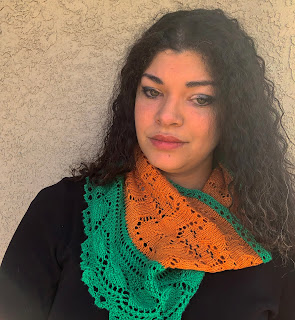 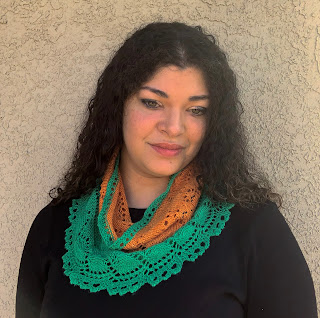 The best part? It's on sale now for only $2 until Halloween ends! Grab my new knitting pattern, inspired by "It's the Great Pumpkin Charlie Brown" now on Ravelry, right here!